Minutes of the Clarion Investment Committee held at 2pm on  July 16, 2020 by video link.

Minutes from the previous meeting held on 18th June 2020 were agreed by the Committee as a true and accurate record.

We are optimistic that equity valuations will continue to recover albeit with a degree of volatility. We remain cautious about the low yields offered by longer dated debt. Asia and European markets are attractively valued and may recover more quickly from Covid‐19 due to the success of their lockdowns. In this case, US equities could disappoint as they are already priced to perfection. A surprise breakthrough in Brexit negotiations is possible and would boost UK asset prices, particularly UK mid‐caps.

We are positioned to benefit if equities rise in value and particularly if undervalued markets such as the UK, Asia & Japan move closer to US valuations.

Our fixed interest positioning is defensive and expected to provide small positive returns in most scenarios, whilst longer date fixed interest holdings could lose value if the economic mood becomes more optimistic, medium term inflation expectations rise, or central banks reduce their purchases of assets. One or several of these outcomes is considered likely.

Bearing in mind the low, in some cases negative, return on all fixed interest investments, a situation which is likely to persist for some time to come, and the massive fiscal and monetary stimulus leading to years of monetised spending, we have decided to open a position in gold through a gold mining and physical gold fund. This can be achieved without any opportunity cost in loss of yield and will act as a safe haven in the event of a second wave of Covid-19 induced financial stress.

The majority of the underlying funds in Prudence, Navigator, Meridian, and Explorer have outperformed their respective benchmarks over most time frames.  All underlying holdings are highly liquid with no exposure to open ended property funds where redemptions have been blocked for some months causing problems for other fund of fund strategies. 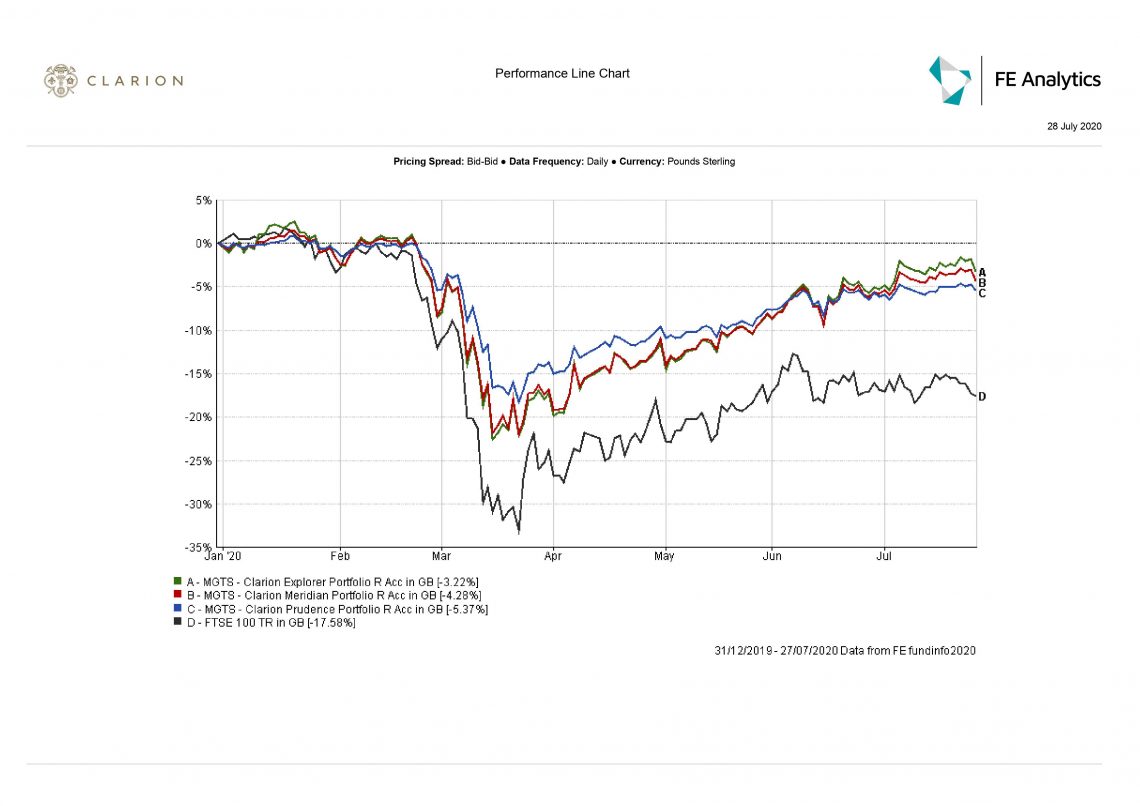 The fund performed in line with the sector over 12 weeks. The attribution analysis shows that the allocation effect has contributed to the performance, while the fund selection effect detracted slightly from returns. Selection of short-dated bonds, which have underperformed their longer-dated peers, was the biggest detractor over three months.

The Committee discussed the performance of the underlying funds and had no concerns about any of them. The Committee noted the strong performance profile of the recently added JPM Japan fund and also the Hermes Global Emerging Markets strategy with both returning in excess of 15% over 12 weeks.

KT felt that gold could act as an insurance against rising inflationary pressures and recommended the Committee to introduce exposure to gold in the portfolio. TR was in favour of this and suggested the reducing the exposure to bonds in favour of gold. DK and SP agreed and proposed reducing exposure to the Fidelity Short Dated Corporate Bond and Royal London Global Index Linked Bond funds. TR proposed reinvesting the proceeds in the Ninety-One Global Gold strategy but SP & KT proposed buying the Merian Gold and Silver fund due a higher flexibility and a wider range of companies it has access to. RW queried whether the price of the Merian fund correlated with the price of gold. SP explained that there is a delay between changes in the price of physical gold and gold mining companies and that the latter are a leveraged play on gold.

Overall, there are not many gold mining companies around, hence equity OEIC funds are expected to hold very similar portfolios of underlying assets. Based on this and after looking at the performance profiles of various gold open ended funds it was decided to go forward with the purchase of the Merian Gold and Silver strategy. DK proposed reducing the allocation to the Fidelity Short Dated fund by 2% and Royal London Global Index Linked by 1% and introducing a gold weighting at 3%. This was agreed by the committee.

There were no other proposed changes. 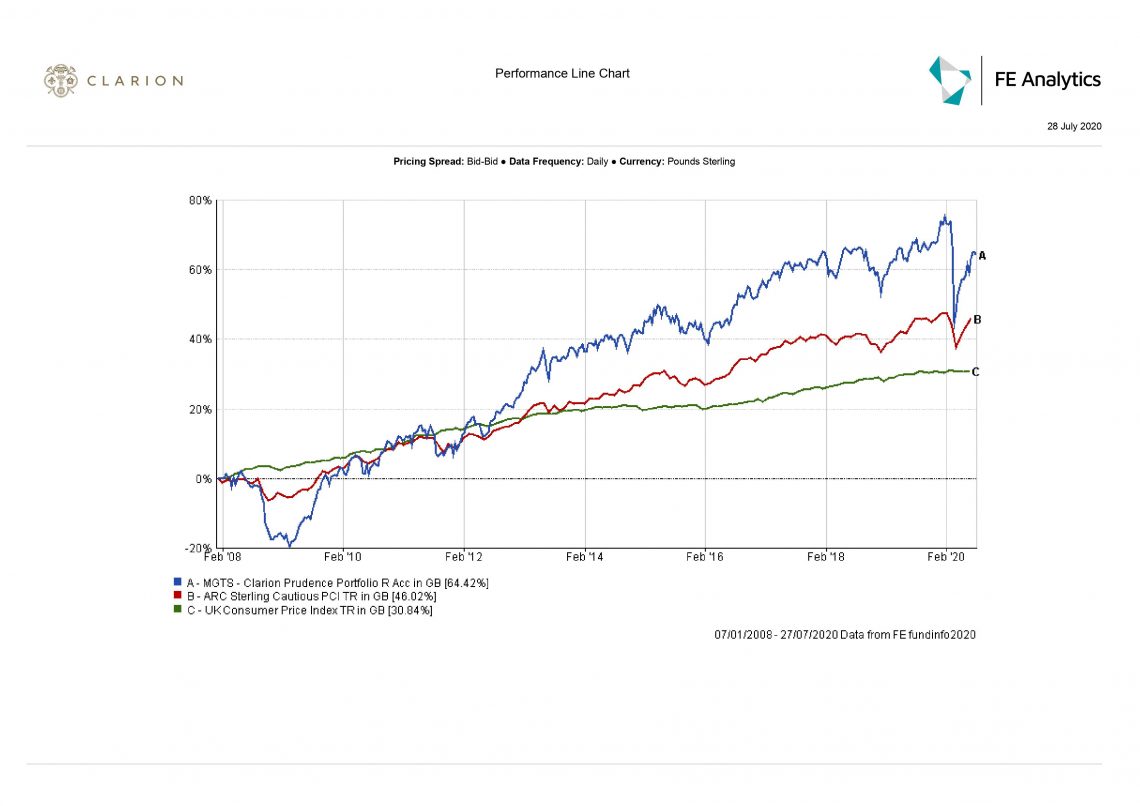 The fund’s size increased to c.£1.4m and its portfolio now includes 9 underlying holdings.

Due to the fact that the Navigator Fund is not fully invested and has only been operating for a short period of time, we are unable to provide a useful performance graph of the fund versus its relevant benchmark. However for information, the unit price as at the 27th July 2020 was 101.55p; a 1.55% increase having been launched at 100p on the 11th May 2020.

The Committee proposed no other changes to fund selection at this time and made no further comments.

The fund has outperformed the sector over 1-12 weeks and was in line over 12 months. The attribution analysis shows that the asset allocation effect was broadly positive, but the underlying funds section detracted slightly from returns due to the higher exposure to short date bonds rather than longer duration. The Committee had no concerns about the selection of underlying funds as most have outperformed over the previous 12 weeks and over 1-4 weeks.

The Committee proposed no other changes to fund selection at this time and made no further comments. 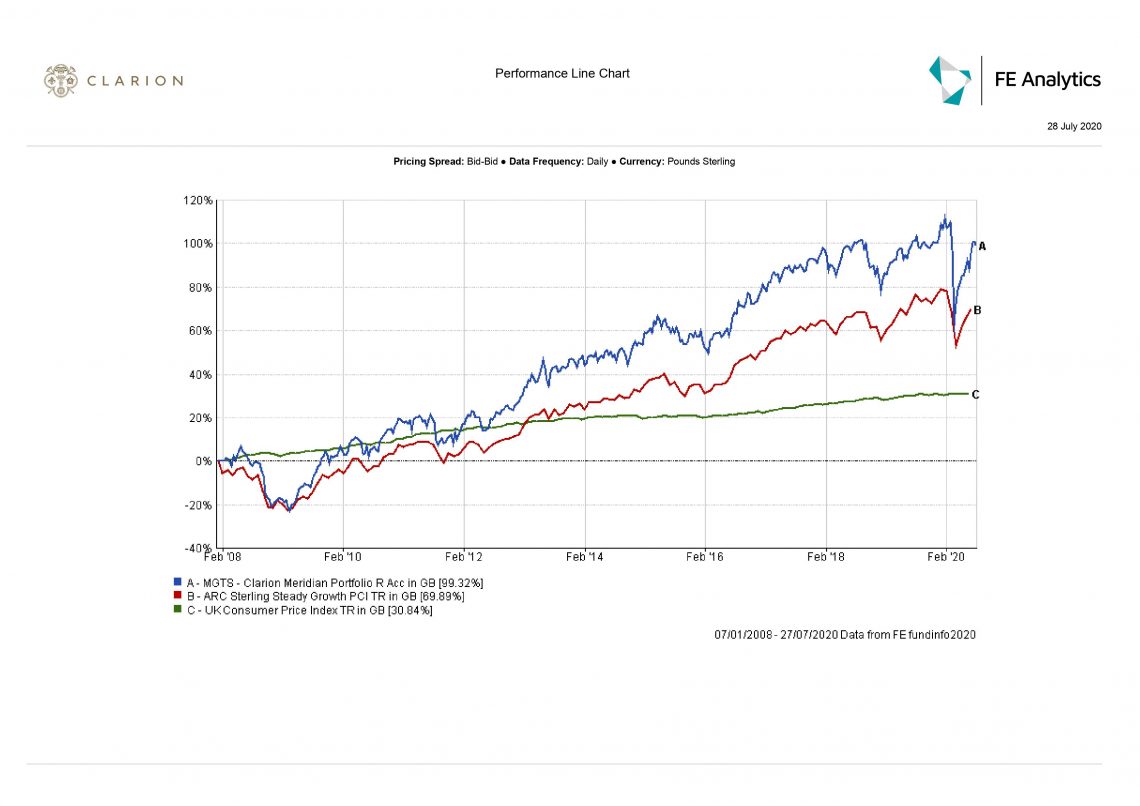 Similar to the Meridian fund, Explorer outperformed its sector over 1-12 weeks and was only 0.6% behind over 1 year. Over 12 weeks, most of the returns came from the fund’s asset allocation and the overweight allocation to Asia and Emerging Markets in particular.

The underlying fund selection was generally strong across the portfolio. The Committee were particularly pleased with the strong selection in Europe, Emerging Markets and Global funds.

The Committee raised some concerns regarding the Lindsell Train Japanese Equity strategy, which has underperformed the sector by c.6.7% over 12 weeks. This was compensated by a strong performance profile of the JPM Japan fund, which has outperformed the sector by c.6.3% over the same period. The Committee agreed not to take any action at this stage and will review the Lindsell Train fund in more detail at the next IC meeting.

The Committee proposed no changes to fund selection at this time and made no further comments. 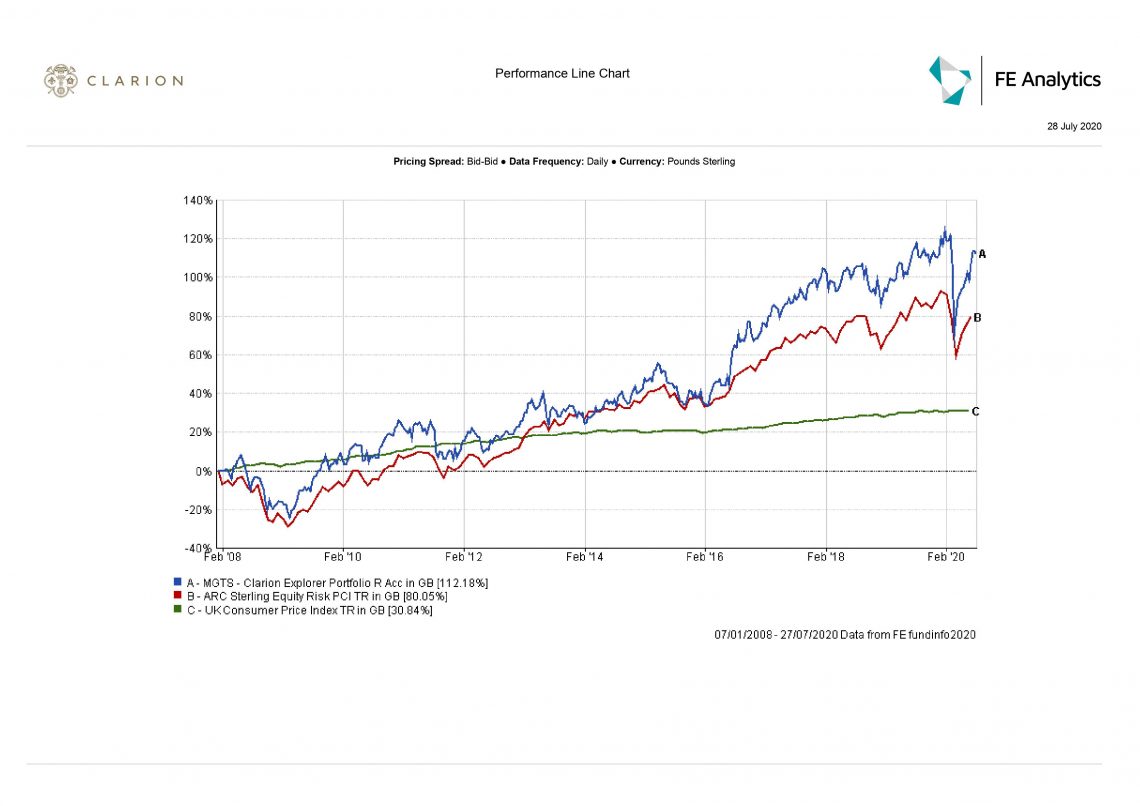 Appropriate adjustments were made to the model portfolios to reflect the changes to the Portfolio Funds mentioned above.

Next Investment Committee meeting is August 20 although in the interim period the Committee intend to conduct slightly shorter conference calls on a weekly basis.