Minutes of the Clarion Investment Committee held at 1pm on 19th November 2020 by video link.

Minutes from the previous meeting held on 15th October 2020 were agreed by the Committee as a true and accurate record.

Equity markets are set for a confluence of events which could lead to a remarkable re-rating, akin to last December’s Tory election victory and Withdrawal Agreement powering sterling and the FTSE indices. With excellent vaccine developments, a forthcoming peaceful transfer of power in the US, and the apparent closeness of a Brexit trade deal, 2021 is looking positive for bullish investors. The UK stands to benefit more than many equity markets, having suffered depressed relative valuations since 2016 as foreign investors held back, and having a natural value bias with few tech companies. The kudos of the “Oxford” vaccine, likely to form the backbone of the global response to Covid-19 due to its low cost, may also boost the UK’s global standing.

The Asia Pacific economies have recovered well from Covid-19 and positive vaccine developments will enable countries to solve the last aspect of the recovery puzzle: tourism. Their head start in Covid-19 recovery over western economies is an attractive element of their equity markets and remains the key argument for the investment committee to hold an overweight position in our portfolios.

Bond markets remain unappealing due to their heavy central bank intervention, with little to no chance of a positive return upon redemption, even in the current low interest rate environment. Our bond positioning seeks to counter this by investing in corporate debt at the short end of the yield curve, which offers above inflation yield and reduced duration risk.

Due to the fact that the Navigator Fund has only been operating for a short period of time, we are unable to provide a useful performance graph of the fund versus its relevant benchmark. 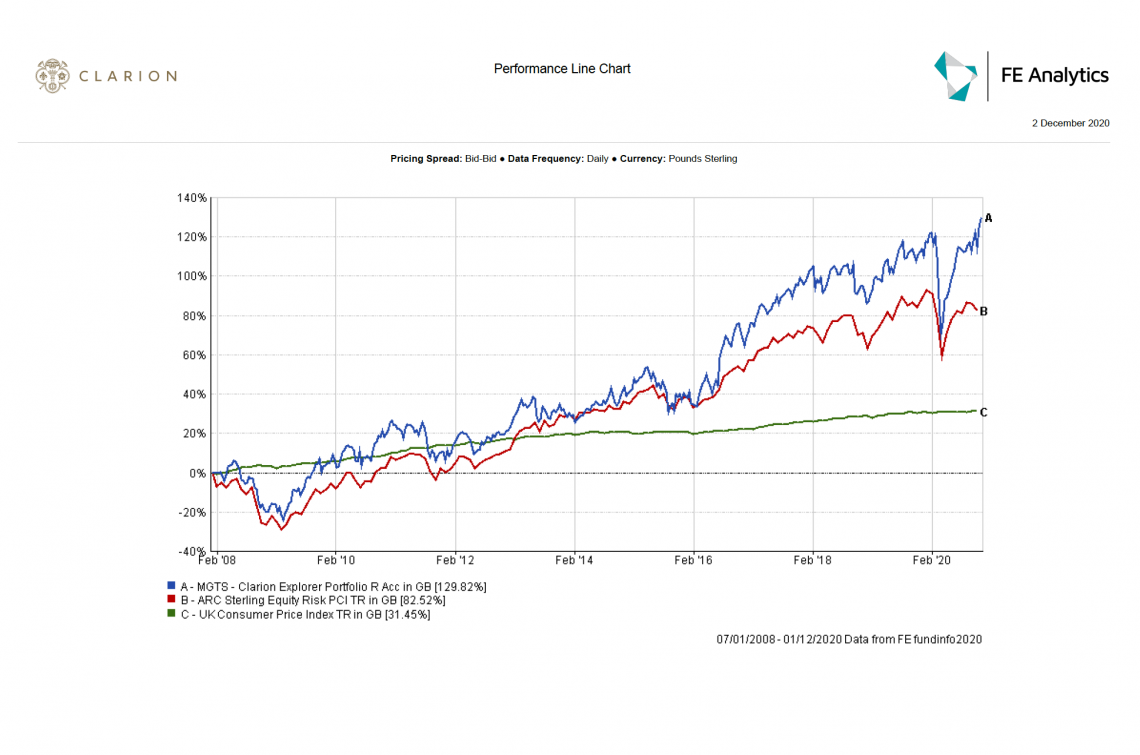 Next Investment Committee Meeting is on 10th December although in the interim period the Committee intend to conduct slightly shorter conference calls as considered appropriate.