Minutes of the Clarion Investment Committee held at 10am on 17th September 2020 by video link.

Minutes from the previous meeting held on 20th August 2020 were agreed by the committee as a true and accurate record.

We retain an underweight position in the US, due to concerns that the US market has become overvalued, and therefore is more likely to lag other markets on a relative basis in the future. We remain overweight to developed Asia, where we feel Covid‐19 has been effectively handled. These economies are likely to follow China in V-shaped economic indicators and sentiment. UK equities are attractively priced for quality assets and would be likely to rally hard on positive Brexit news and we remain positioned according.

Bond yields are well below the rate of expected inflation and therefore investors are almost certain to lose money in real terms if they hold UK government bonds to maturity. We continue to favour short duration bonds, which are less sensitive to interest rate risk.

We increased our exposure to Gold, Gold Miners & Precious Metals  in the Prudence Portfolio from 3% to 4% to reflect our belief that Gold offers a better alternative to cash and long duration bonds and will continue to act as a safe haven in the event of market turmoil and financial stress. 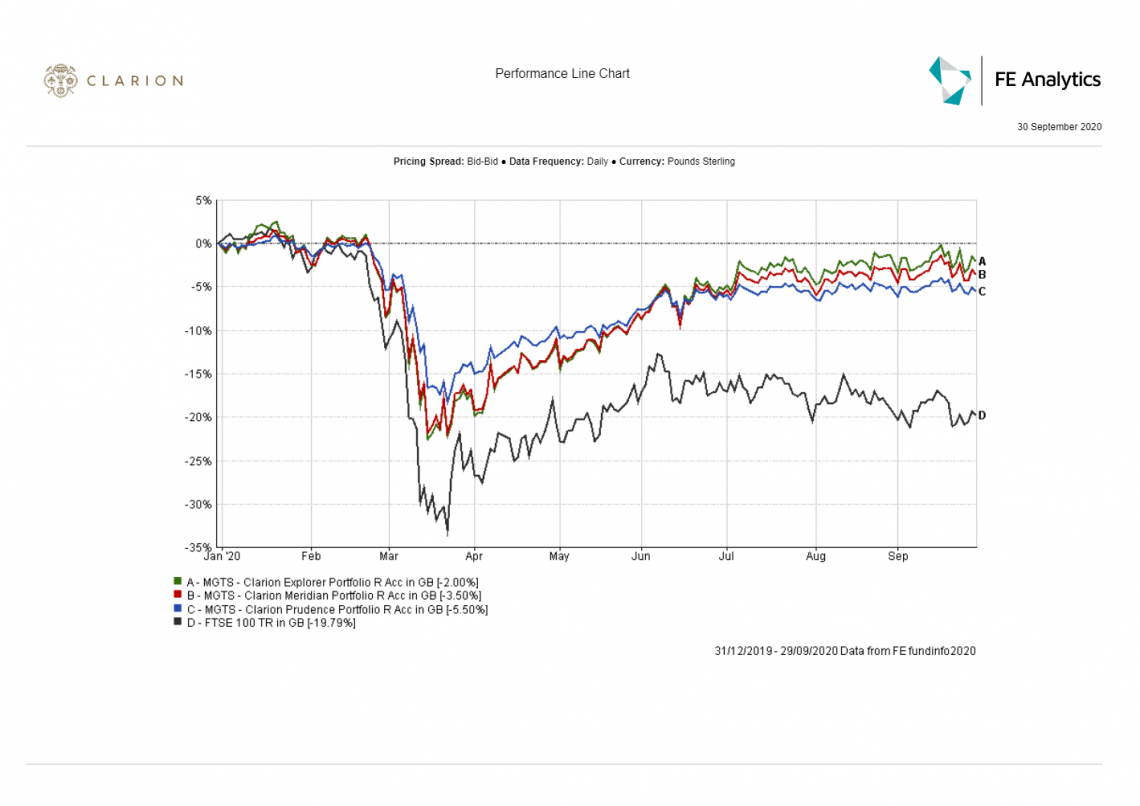 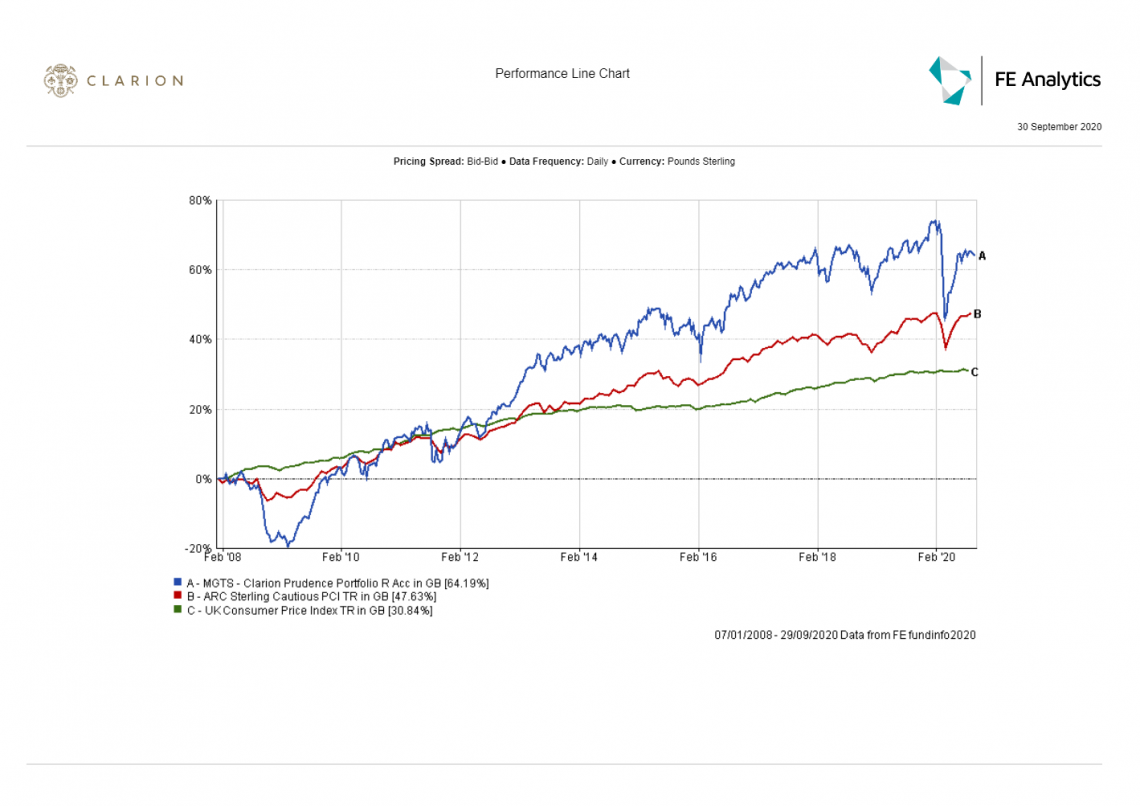 The committee proposed no changes to fund selection.

Due to the fact that the Navigator Fund is not fully invested and has only been operating for a short period of time, we are unable to provide a useful performance graph of the fund versus its relevant benchmark. However for information, the unit price as at the 26th August 2020 was 100.57p; a 0.57% increase having been launched at 100p on the 11th May 2020. 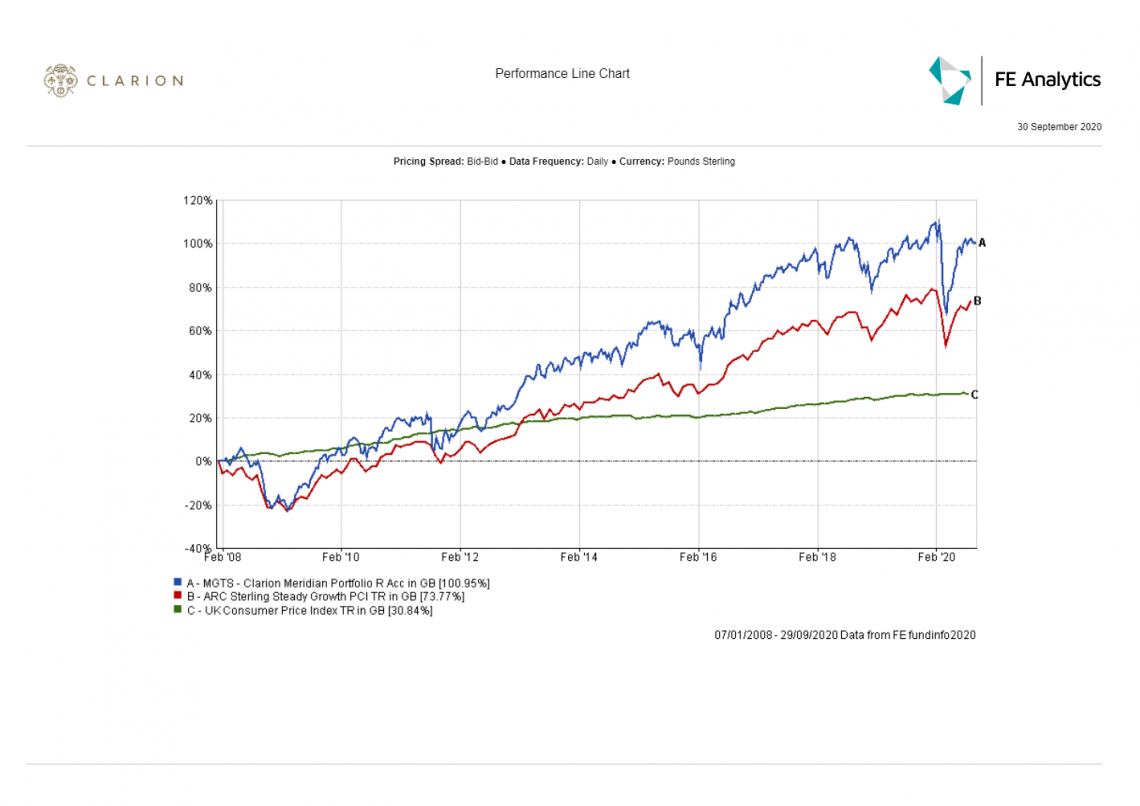 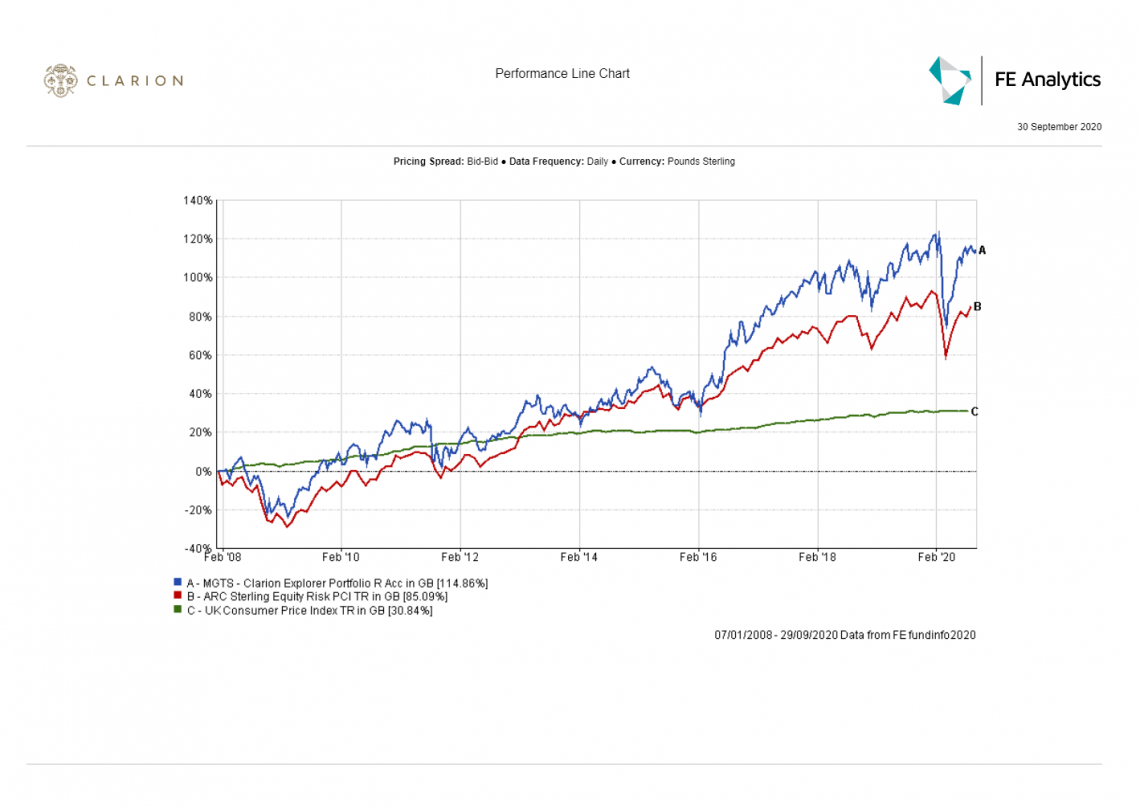 The committee proposed no changes to fund selection.

We increased the exposure to Gold, Gold Mining shares and Precious Metals through the Merian Gold and Silver Fund to reflect the changes to the Prudence Portfolio.

Next Investment Committee Meeting is 15th October although in the interim period the committee intend to conduct slightly shorter conference calls on a two-weekly basis.