Minutes from the previous meeting held on 18th July 2019 were agreed by the Committee as a true and accurate record.

The following is a brief summary of the key topics discussed by the Investment Committee:

The Committee discussed the recent spell of weaker performance of the M&G Global Dividend fund. The fund currently holds a significant allocation to the Basic Materials and Energy sectors, which have underperformed due to weaker commodity prices. It was agreed to request a commentary from M&G and the fund will be discussed in more detail at the next IC meeting. DK will also research and present potential alternatives which can be used to replace this fund.

In the UK, fund selection was strong as all underlying funds, with the exception of Man GLG UK Income strategy, have outperformed the IA UK Equity Income sector. The Man GLG fund has a tilt towards mid-cap stocks and its recent performance was in line with the Committee’s expectations.

In bonds, all underlying short-dated strategies have underperformed their respective sectors over 12 weeks following a period of falling yields, which led to the outperformance of longer-dated bonds.

In the UK, strategies with a mid-cap bias, such as SVM UK Growth and SLI UK Equity Income unconstrained have underperformed their respective sectors over 12 weeks. The Committee have no concerns about the SVM fund given that its recent performance profile was in line with expectations. There are, however, some concerns about the underperformance of the SLI fund and the Committee have now reduced the allocation to this fund. Margetts have been given the mandate to sell out of this holding as soon as its performance recovers.

Overall, selection of equity funds in other geographic areas was strong, as all but one underlying equity fund outside of the UK have outperformed their respective sectors.

Overall the Committee are happy with the performance of the Clarion Meridian fund and made no changes at this stage.

Explorer performed in line with the IA Flexible sector over 3 months. While the underweight allocation to the US created the biggest drag on the relative performance, the underlying fund selection was strong across all geographic areas.

In Europe, the Hermes European ex UK fund has marginally underperformed the IA Europe ex UK sector over 12 weeks. The Committee raised no concerns about the Hermes fund at this stage.

The Committee have noted the strong performance profile of the Artemis Global Select strategy which has been recently added to the portfolio.

The Committee discussed the weaker relative performance of the Lindsell Train Japanese Equity Hedged strategy. This fund has underperformed the IA Japan sector due to the recent strengthening of the Japanese Yen. KT asked whether holding a hedged and an unhedged share class together adds any benefit to the portfolio’s overall performance. DK demonstrated that while both share classes provide exposure to the Japanese equity market, they cancel out currency movements of the Yen against Sterling. The Committee discussed whether it would be worth hedging all of the exposure to Japan but decided to take no action as currency movements are difficult to predict and this would add an additional layer of risk to the strategy.

The Committee are pleased with the overall performance of this strategy and proposed no changes at this meeting. 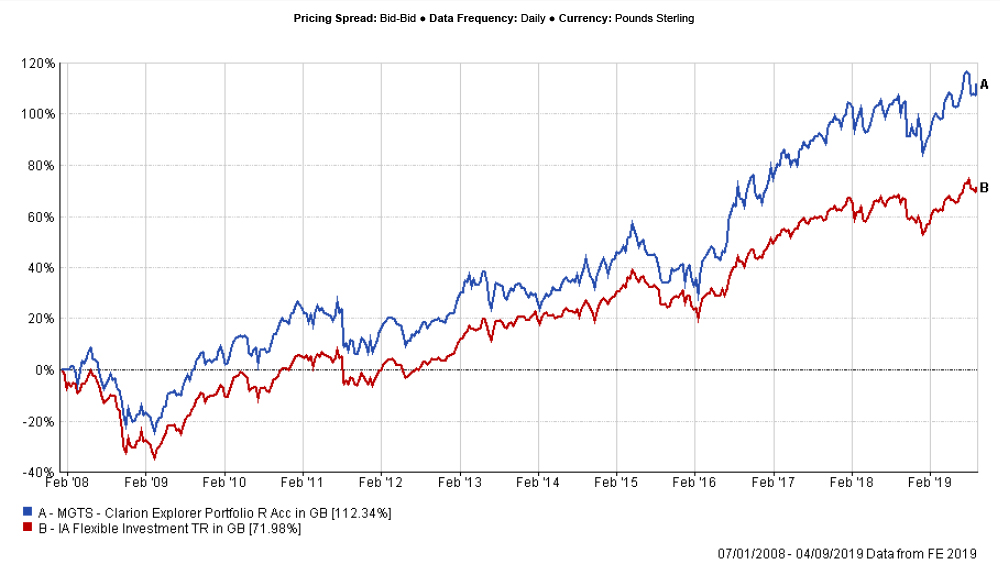 AW asked whether FCA should be notified about changes in Clarion models. TR believes that there is no need to notify FCA and a notification to clients will be appropriate.

AW will work on new strategic allocations for Clarion funds and will send a proposal for the launch of the fourth Clarion Portfolio fund strategy. TR will look at the proposal and decide whether FCA need to be notified about the changes to existing Clarion portfolios.