Minutes from the previous meeting held on 20th November 2019 were agreed by the Committee as a true and accurate record.

Bearing in mind that this meeting was held the day before the UK General Election, the key elements discussed were as follows:

Prudence was c.0.9 percentage points ahead of the sector over 3 months. The fund has benefited from an overweight allocation to the UK and short duration bias. An active allocation to Global funds detracted from relative returns, as the underlying holdings underperformed the UK over the period.

The Committee commented on the weaker performance of the Fundsmith Global Equity strategy, which has underperformed the IA Global sector over 12 weeks. The M&G Global Dividend fund has also underperformed but is expected to do better during a period of recovering value stocks.

The Committee were pleased with the performance of all underlying UK funds. There is a good mix of strategies with various exposures to large and mid-cap stocks as well as value and growth bias. The Man GLG UK Income fund was the strongest underlying holding over 12 weeks with c.4% return in absolute terms.

Meridian was in line with the IA Mixed Investment 40-85% Shares sector over 12 weeks. The fund has benefited from a positive asset allocation effect and relatively strong fund selection.

In the UK, all but three underlying holdings have outperformed their respective sectors over 12 weeks. The CFP SDL Buffettology and Investec UK Special Situation funds were the two best performers in the portfolio over 12 weeks.

The Committee commented on the improving short-term performance of the Rathbone Income fund. This strategy struggled to outperform the IA UK Equity Income sector over 12 weeks and over 1 year but fared better over 1,2 and 4 weeks.

Overall the Committee are happy with the performance of the Clarion Meridian fund and no changes have been proposed.

Explorer lagged the IA Flexible Investment sector over 12 weeks. Compared to the sector, the fund is underweight to bonds and overweight to Asia and Emerging Markets, which detracted from relative returns.

The active allocation to the UK made a positive contribution to the fund’s performance. The L&G MID Cap Index strategy was the second best performing holding over 12 weeks with c.5% return in absolute terms. The Lindsell Train Japanese Equity Hedged strategy was the best performing underlying holding over 12 weeks with c.10.5% absolute return due to a significant rise in Sterling.

Some Asian strategies with overweight allocations to Australia and India have lagged the IA Asia Pacific ex Japan sector. Funds with a higher allocation to China have outperformed over the period.

The Committee are pleased with the overall performance of this strategy and no changes have been proposed. 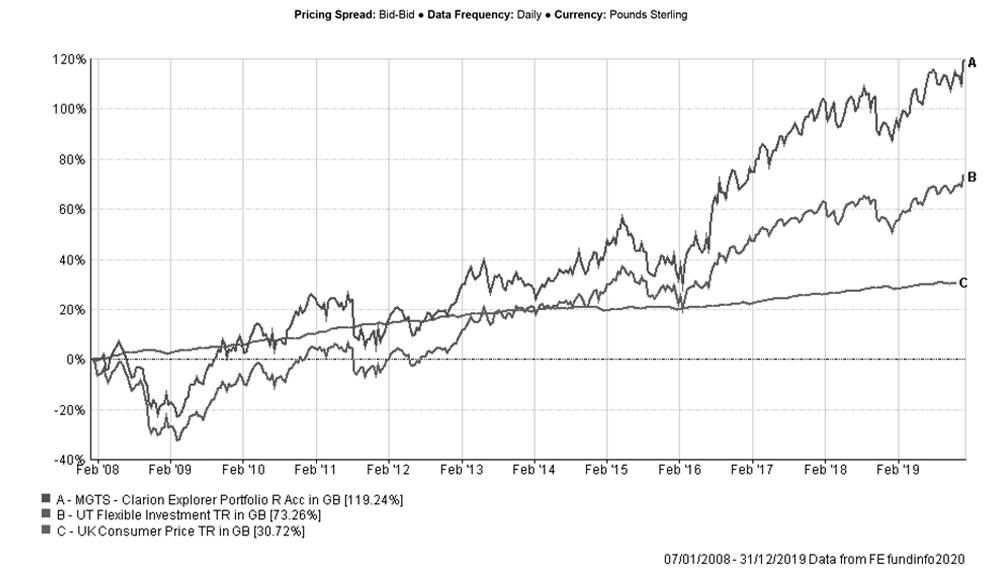 The Committee discussed and agreed new asset allocations for Clarion funds and Clarion models which will be implemented in the new year. AW and DK will work on the implementation of new strategies in January.