Minutes from the previous meeting held on 16th September 2019 were agreed by the Committee as a true and accurate record.

The key points discussed by the Committee were as follows:

The fund was again slightly behind the IA Mixed Investment 20-60% Shares sector over 3 months, but its performance has improved in September and October, following a market rotation from growth stocks to value.

The strategy has benefited from a positive asset allocation and improving fund selection effect. The active decision to overweight short-dated bonds was the biggest detractor over 12 weeks, as longer-dated issues outperformed following a reduction in bond yields. The active overweight allocation to global equities was the biggest contributor over 12 months, but underlying UK holdings outperformed over 12 weeks, following an appreciation of Sterling.

Amongst underlying global funds, the Fundsmith Equity strategy was the weakest performer over 12 weeks, but remains the best performing holding over 12 months.

In the UK, all underlying funds outperformed their respective sectors over 12 weeks, with the Royal London UK Equity Income strategy being the strongest. The Committee have noted improvements in the performance of the Man GLG UK Income strategy which looked weaker in September.

In bonds, all underlying short-duration strategies have underperformed over 12 weeks, but their performance improved over the shorter-term periods. 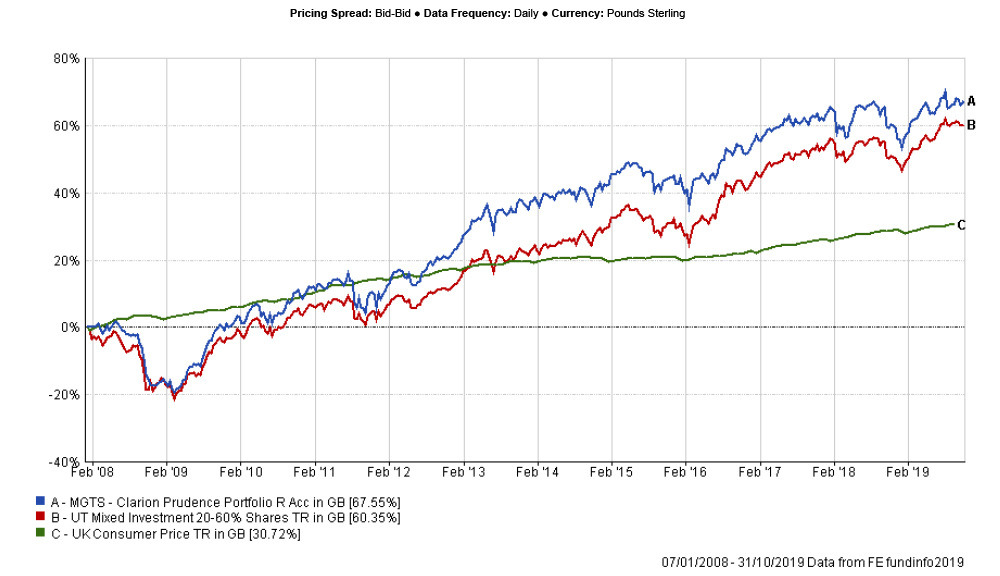 Over 12 weeks the portfolio’s asset allocation and fund selection effect were neutral. Short-dated bonds were the biggest detractor over 12 months, followed by an underweight allocation to the US. The effect of this positioning reversed more recently as long-dated bonds and US equities have underperformed.

Over 12 weeks half of the fund’s underlying holdings outperformed their respective benchmarks, but over 4 weeks all but 2 funds have outperformed. The Committee were pleased with the performance of the recently added Artemis Income strategy, which was the second-best performing fund over 12 weeks.

TR is also concerned about the performance of the Buffettology fund and feels that it could have been driven by significant inflows this fund has received over the last 2 years. The Committee agreed to monitor flows into the Buffettology fund on a monthly basis and will consider selling out of this strategy if the flows turn negative.

Overall the Committee are happy with the performance of the Clarion Meridian fund and no other changes have been proposed. 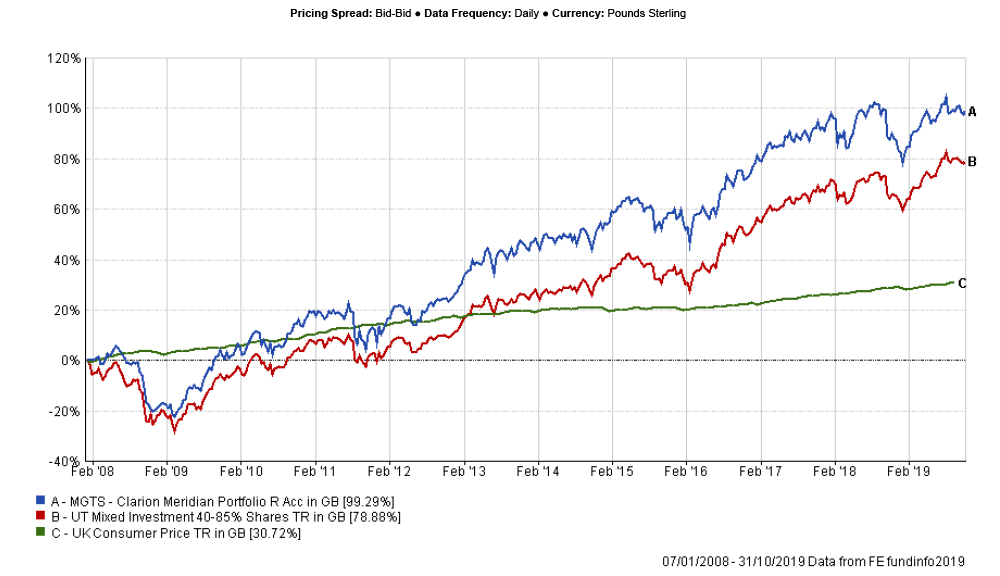 Explorer performed in line with the IA Flexible Investment sector over 3 months. The fund’s asset allocation effect has improved as US did not outperform other markets over the period. The underlying fund selection effect remains strong.

Selection in Asia and Emerging Markets was mixed over 12 weeks but improved over the shorter term. The Schroder Institutional Pacific strategy and UBS Global Emerging Markets were the two weakest performers over the period. At the same time, the Stewart Investors Asia Pacific Leaders and JPM Emerging Markets Equity Income funds performed more defensively and outperformed respectively.

The Committee are pleased with the overall performance of this strategy and no other changes have been proposed. 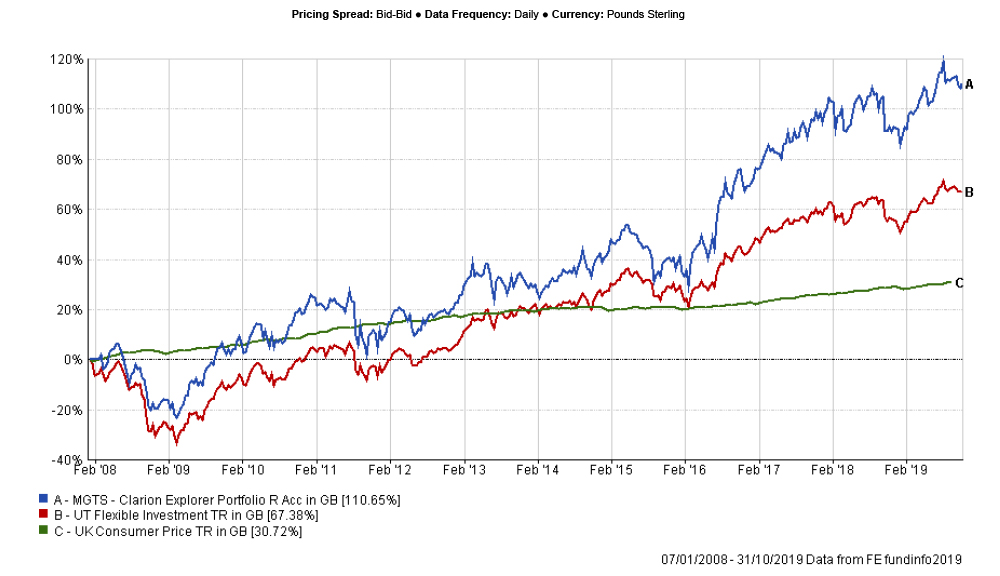 The Committee discussed the new strategic allocations proposed by DK and agreed that these were appropriate. DK and TR will work on the new wording of the updated investment process document. DK will create a tool to monitor the portfolios’ risk relative to DT’s parameters.