Minutes from the previous meeting held on 22 August 2019 were agreed by the Committee as a true and accurate record.

A summary of the key elements discussed by the Committee are as follows:

The fund was slightly behind the sector over 3 months but has outperformed the sector over the last 4 weeks. This underperformance was driven by an underweight allocation to cash and longer dated bonds (with the bonds held comprising more short-dated bonds than the sector), and an overweight equity allocation.

The focus on short dated bond strategies has resulted in 4 of the 5 strategies outperforming over 4 weeks. This was due to bond yields retreating from recent lows, and longer-dated bonds were adversely impacted.

Within the portfolio’s allocation to the IA Global sector, the Fundsmith Equity strategy has underperformed the IA sector over 4 weeks and is now behind the M&G Global Dividend fund over 12 weeks. Following the strong increase in performance of the M&G Global Dividend fund since the last Investment Committee meeting, the potential decision to replace the fund with another strategy has been put on hold and will be revisited at the next meeting. TR believes that the M&G fund will benefit if the rotation to value continues.

Overall, the Committee are happy with the performance of the Clarion Prudence fund and no changes have been proposed. 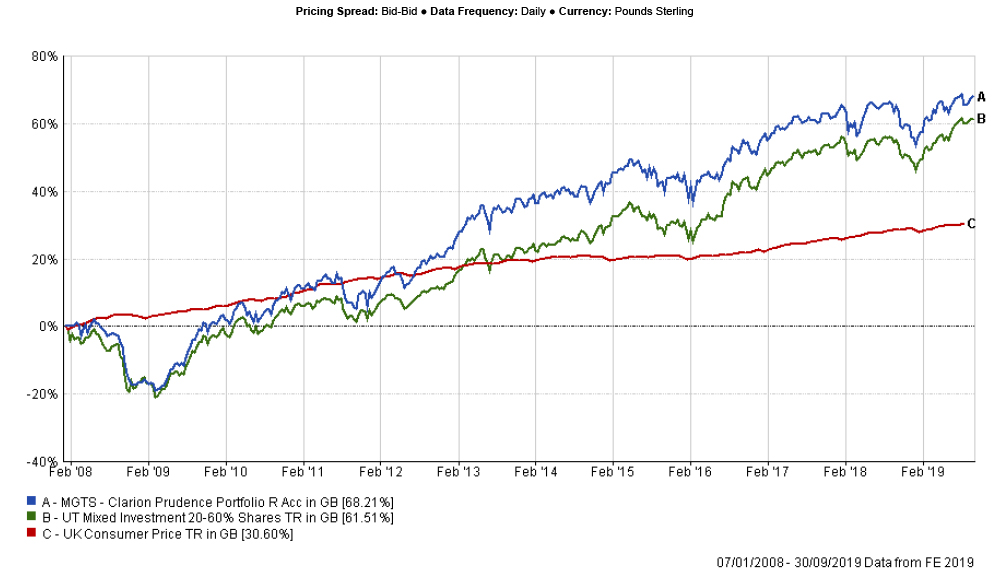 In bonds, all underlying short-dated strategies have underperformed their respective sectors over 12 weeks following a period of falling yields but have seen a recent upturn in performance over 4 weeks as bond yields retracted.

Following the strong recent performance of the SLI UK Equity Income Unconstrained strategy over the last month it was decided that the remainder of this holding should be switched into the Artemis Income strategy as discussed at previous meetings. This will be undertaken over the next week.

The Committee reflected on two of the recent additions to the fund, the Castlefield UK Buffettology strategy and the Liontrust Special Situations strategy. TR expressed concern over the potential liquidity of the Buffettology fund in the event of extended outflows. It was also noted that the larger weighted stocks driving performance were small caps. The Committee agreed to monitor the net investment flows within Buffettology. KT expressed concern at the recent performance of Liontrust Special Situations, and TR’s suggestion that MLP should ask for commentary from Liontrust on the recent performance was agreed. SP noted the size of the fund had hit £5bn and had recently added a number of large caps. He suggested Jupiter Special Situations might be worth investigating as a potential replacement. KT suggested Investec Special Situations. Both of these funds were more value oriented and had performed well recently. It was agreed by the Committee that some preliminary research into other Special Situations funds would be worthwhile for the next meeting, particularly on account of the size that Liontrust had reached.

Overall the Committee are happy with the performance of the Clarion Meridian fund and made no further changes at this stage. 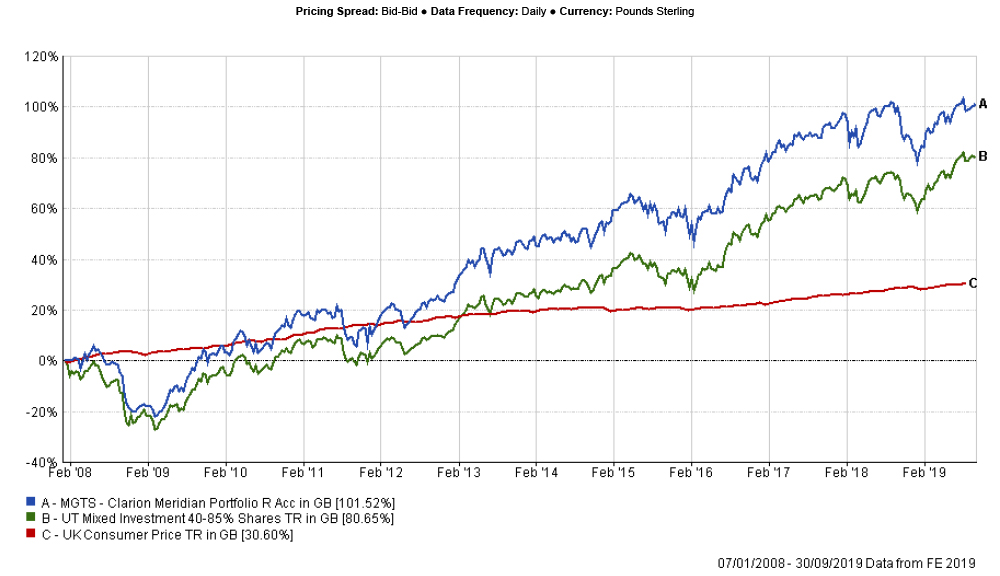 Explorer remained in line with the IA Flexible sector over 3 months and has outperformed the sector over the last 1,2 and 4 weeks. The underweight allocation to the US created the biggest drag on the relative performance.

The Committee discussed selection in Asia and Emerging Markets and concluded that no changes would be made at present. Some concern was noted over the poor recent performance of the Stewart Asia Pacific Leaders strategy, but over the long term the fund has been a strong performer. The fund will be reviewed again at the next meeting.

Both of the hedged and unhedged Japanese strategies have picked up over recent weeks, despite remaining behind the sector over 12 weeks. The Committee agreed that the combination of hedged and unhedged share classes was an appropriate way to mitigate currency risk in the current market conditions, and that it should be maintained.

TR suggested that the allocation to the UK could be increased. KT did not think there was a clear option within the portfolio to trim down other areas in order to achieve this and suggested no changes at present. The Committee agreed. The Committee are pleased with the overall performance of the Clarion Explorer strategy. 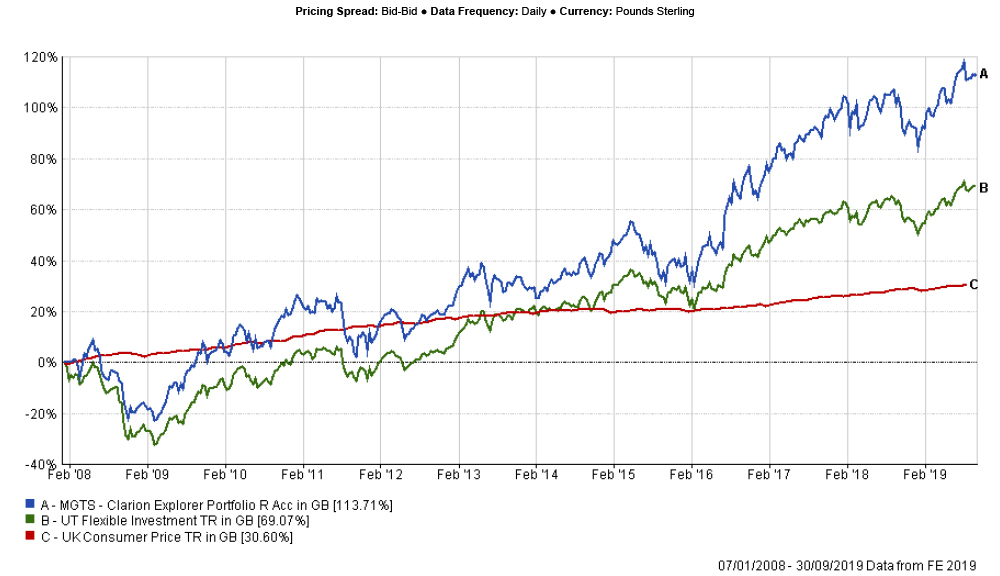